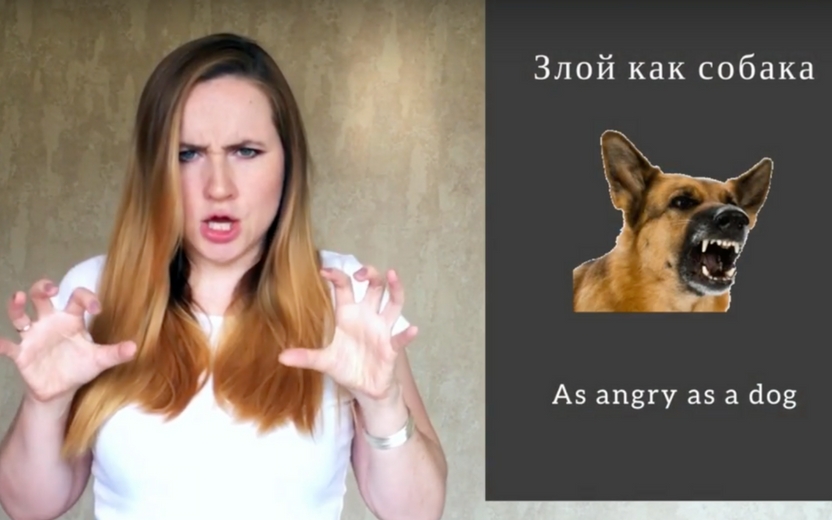 As you know, there are common comparative idioms in every language. In Russia we like to compare some qualities of people with the ones that animals or objects have (according to our cultural views of course:)). Let’s talk about the most common ones:

You may ask: «Why dog?! Dogs are nice!». In Russian villages dogs have always been the main guardians of the house, protecting it from thieves and predators. Even today it’s very common for Russians living out of big cities, to put a «Beware! Angry dog!» sign on a fence.

A donkey in Russia is persisted as a super stubborn animal! If it decides to stop and relax for some time, no matter how hard you try to make it move – the donkey won’t budge an inch. That’s why if you deal with someone not cooperative, you may say: «Uggh, you’re as stubborn as a donkey!»

Mice in the Russian culture have always been associated with being smart and sneaky. Hiding from a cat, they always try to stay noiseless. And when someone is being quiet or silent, you may compare him or her with a mouse.

I guess all folklore cultures have their «almost-a-villain» type of character. In Russia it’s a fox! Beautiful animal with lovely red fur and smear eyes, in Russian fairytales a fox is always female and always as sly and cunning as possible. She constantly tricks and fools everyone around her (hares,  roosters, wolves and others). Next time when you deal with someone sly (or with a beautiful red-haired woman:)), compare that person with a fox. It will certainly be impressive:)

A hare in Russian folklore is the best known coward of all! It’s afraid of everyone and everything. Be careful and don’t confuse it with a rabbit (like most Americans do:)); a hare is a completely different animal. When someone is acting cowardly (especially for no reason), Russians may say «as cowardly as a hare». But remember that it’s rather offensive, too.

That’s it for today! Now you know the most common comparative idioms of the Russian language.

← How animals sound in Russian Difference between ТЕПЕРЬ and СЕЙЧАС →