How to sound like a native Russian speaker? How to improve your Russian pronunciation?

Master the individual sounds first. Let’s get back to our groups from Lesson 1.

Т sounds as [t] in “tome” or “Tom”. The articulation is a little bit different. With the Russian T, you move your tongue forward, until it touches your front teeth. This sound is harder than English T.

Try to read these words out loud:

Н sounds as [n] in “no”. Here you use the same trick – start with “English” N and move your tongue to your front teeth. That’s Russian N:)

Р [r] – in Russian we roll our Rs. Here is my lesson about how to roll R. And here is my premium course “How to roll R’s”

Х [kh] – the articulation of this Russian sound is rather tricky. You start with English K and then put your tongue a little lower. Watch the video:)

Л sounds as [l] in “large”. Watch my tutorial on how to pronounce Russian L.

Ч sounds as [ch] in “church” or “charm”. Here is my tutorial on how to pronounce Russian Ч

Ш sounds as [sh] in “shut”. Here is my tutorial on how to pronounce Russian Ш

Щ sounds as [sch] in “sheep”. Here is my tutorial on how to pronounce Russian Щ

Ы sounds almost as [i] in “bit”. Here is my tutorial on how to pronounce Russian Ы

Ь [soft sign] isn’t pronounced at all. It’s used to show that the consonant that precedes it must be softened. Look at this example in English: in the words “bark” and “beer” the sound B is different, right? It’s softer when followed by E. Same in Russian:) And one of the ways of showing it is the soft sign. For example, ходить [khodeet’]  – to go. T in the ending is soft.

1. Be sure to read all the letters, that is don’t “swallow” them as people do in English. In most cases, Russian words are pronounced the way they are spelled (we’ll talk about vowel reduction in the next lesson).

2. I’m so sorry, but there’re no rules to help you stress a word correctly. That is why it is so important to devote special attention to the place of stress in words when you’re looking them up in a dictionary. Good news is – NOBODY CARES if you make a mistake. So relax and enjoy learning Russian.

RUSSIAN PERSONAL PRONOUNS AND THE VERB “TO BE”

Remember that in Russian, we don’t need the verb “TO BE”. We don’t say “he IS a doctor”. We say simply “he doctor”. Look at the examples below:

And now it’s time to practice. Remember how we learned the construction, “This is something?” Let’s continue with it!
Try to say:
– This is Victor. He is a doctor.
– This is Maria. She is an actress.
– I am Paul. I am a professor.
– You are Marina. You are an engineer.

Examples from the previous lesson. We can expand them a little bit now:
Э́то мáма. Она банки́р. – This is a mother. She is a bank clerk.
Э́то пáпа. Он баскетболи́ст. – This is a father. He is a basketball player.
Э́то кот. Он космонáвт. – This is a cat. He is a cosmonaut.

Continue your practice from Lesson 1. Look around you and name the objects and people. But now you can tell more about their professions. Go to Google Translate and find any translations you want to use. Create short stories about some funny characters!

To lesson 1
Back to lessons
To lesson 3 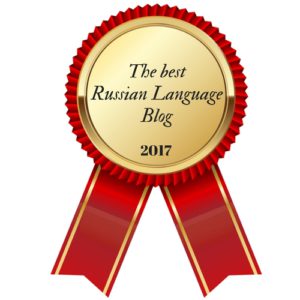